Donald Trump is no friend of the Constitution 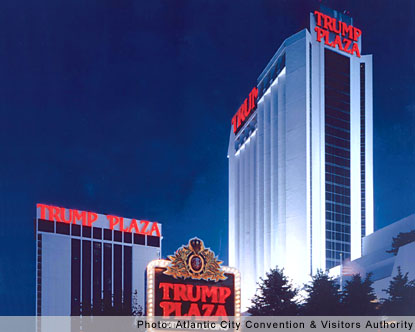 Donald Trump has been receiving Strange New Respect in many corners of the conservative movement, largely because he has proven himself adept at forcing a lot of relevant issues through the media barricades.

BUT… the fact that he can put Obama and the rest of the Left on the defensive does not mean he is worthy of the GOP presidential nomination in 2012.

He has plenty of business sense, but he appears to be seriously lacking in Constitutional sense.  Michelle Malkin gives an egregious example in her April 22 essay:


Too many mega-developers like Trump have achieved success by using and abusing the government's ability to commandeer private property for purported "public use." Invoking the Fifth Amendment takings clause, real estate moguls, parking garage builders, mall developers and sports palace architects have colluded with elected officials to pull off legalized theft in the name of reducing "blight." Under eminent domain, the definition of "public purpose" has been stretched like Silly Putty to cover everything from roads and bridges to high-end retail stores, baseball stadiums and casinos.

In the early years of this blog, I posted often about cities that seize private property through eminent domain proceedings, only to turn the property over to private developers who promised more money for the tax coffers than the previous owner brought in (this tax revenue increase was the “public use” justification!).  The practice, even though it was upheld by the Supremes in the Kelo decision, is manifestly contrary to what the authors of the 5th Amendment ‘takings’ clause intended.

Trump, apparently, has no respect for the private property rights of those who stand in the way of his business interests.  And we should support him because…?
Posted by Tim at 4/22/2011 10:02:00 AM No comments:

Why?  Because, it seems, every politician with any kind of conservative following, hoping to harness the anti-Obama sentiment, will end up tossing their hats into the ring.

The latest to come to my attention is Roy Moore.  Moore gained fame (or notoriety, depending on one’s perspective) in 2003 – eight years ago – as Chief Justice of the Alabama Supreme Court when he defiantly placed a Ten Commandments monument outside the state’s courthouse.

He went on to parlay his fame into two unsuccessful bids for the Alabama GOP gubernatorial nomination.

His chance of gaining the GOP presidential nomination next year barely registers on the scale, but he does have his loyal fans among conservatives.

Now, as conservatives start to rally around an increasing number of flags, we’re increasing the likelihood that whatever candidate the establishment settles on will cruise to the nomination with the support of a ridiculously small plurality of GOP voter support.

Many conservatives recognize the problem, but the solution usually proffered is: “All conservatives should unite behind my favorite candidate!  Problem solved!”

To which other conservatives reply: “In your dreams!’

And so, as the rhetorical brawling goes on and on, our country slides ever deeper into the abyss.

Politics is the art of the possible. -- Otto von Bismarck

Politics is not the art of the possible. It consists in choosing between the disastrous and the unpalatable. -- John Kenneth Galbraith

If the United Nations had existed in the 1860s…

Imagine, if you will, that the United Nations existed in the 1860s.

Upon receiving news of Sherman’s March to the Sea, it would not be farfetched to presume that the leading power of the day, Great Britain, would have assembled a coalition of the willing and, armed with the appropriate UN resolutions, intervened on behalf of the Confederacy*.

By the rules of “humanitarian intervention” under which we apparently operate today, it doesn’t matter whether or not Lincoln had any legitimate interest in keeping the union together** – the actions of his generals would have brought upon the north the wrath of the nations. 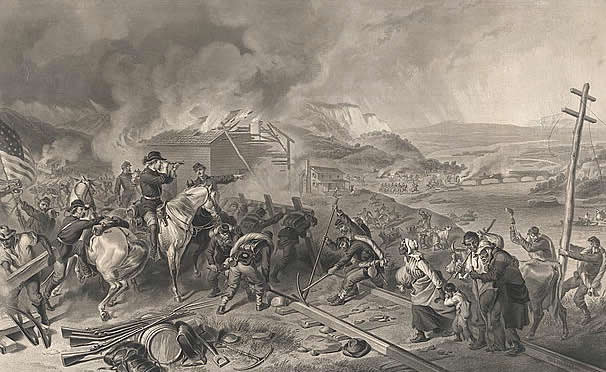 * Just like today, the nation leading the coalition would have had its personal reasons for wanting to deal some serious hurt to the offending government.  So then, as today, one wonders if the motivation for the intervention would have been completely altruistic.