I usually find Rasmussen's political polls to be useful, but the one released today really provides no helpful information regarding the mood of the electorate.  One of the poll questions asked:

No middle ground -- throw them all out or keep all of them?  If these were our only choices, I suppose I'd have to say throw them all out and start over.  Unsurprisingly, 65% of the pitchfork-wielding voters went this way as well, because few in their right mind think that keeping the entire Congress is a good idea.

Here in the real world, it's clear that there are some good guys in Congress who should be returned to office.

What was Rasmussen's point in asking this question?

Far more useful were these questions from the same poll:


Do you have a favorable or unfavorable opinion of the Democratic Party?

Do you have a favorable or unfavorable opinion of the Republican Party?

It's definitely newsworthy to note that (despite what the Democrat and media elite have said repeatedly) only 56% of people who identify with the TEA Party movement (and only 61% of self-identified Republicans) have a favorable view of the Republican Party.

This fact should have been the headline, because the GOP leadership really, really needs to understand this.
Posted by Tim at 10/28/2010 11:52:00 AM No comments:

Memo to GOP: The national debt wouldn't be where it is now without your active participation

I sure do hope the GOP bigwigs understand the sentiment that appears to be set to thrust their party back into power.  If they think this is just a matter of letting a different party preside over the sinking of our country, their base will withdraw its support with extreme prejudice.
CNSNews, October 14:


The national debt increased for the 53rd straight fiscal year, jumping $1.65 trillion in fiscal 2010, according to data posted online by the Bureau of the Public Debt and confirmed by a spokesperson for the agency.

Fiscal Year 1958, the first year of the run, saw a debt increase of $5.8 billion, a paltry sum these days.  Since then, the cumulative debt increase has been $13.3 trillion.
Although the GOP has been complicit in this drunken-sailor spending binge, the events of the past two years have shown 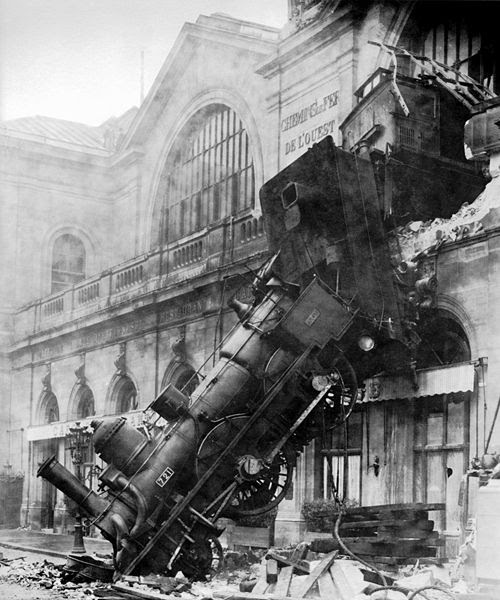 that the Democrats are ideologically devoted to spending without restraint.
The GOP needs to understand that many of the people who will be voting for them this time will be doing so as the most efficient means of stopping the runaway Democrat train, and not necessarily because they trust the Republicans.
GOP, you'll have two years to earn the trust of these folks.  That's not long, so you'd better not dawdle.
Posted by Tim at 10/15/2010 10:34:00 AM No comments:

Today is a U.S. holiday officially known as Columbus Day, in commemoration of Christopher Columbus' (or whatever his real name was) voyage westward in search of a shorter (and thus more profitable) trade route to India and China.

Instead of reaching his goal, he unexpectedly blundered into some islands which were off the coast of a continent that was heretofore unknown to the major powers of Europe.

Once word of his discovery made it back to Europe, the race to carve up the New World was on.  Spain and Portugal were out of the gate more quickly than the others, and in short order they had staked their claims to most of the western hemisphere.  Not to be left out, France and Britain claimed what they could as well.

Of course, the nomadic peoples who had arrived hundreds or thousands of years before for the most part weren't too keen on welcoming the newcomers, but one by one these people groups were conquered or displaced.

In the minds of many on the left, Everything That Is Wrong With The World today can be traced back to Columbus' arrival at Hispaniola in 1492.  Because of this, Columbus' voyage is not to be celebrated, but rather reviled.  Many have lobbied for the second Monday of October to be renamed Indigenous Peoples Day.  America's very existence is considered to be an affront to human decency.

But is it fair to single out the US for moral culpability in something that is pretty much the natural state of humanity?

How many countries can you name that do not have within their boundary territories in which people groups were at some point in history conquered or displaced?

How many people groups can you name that today occupy territory that has never at any point in history belonged to some other people group?

I am not for a moment excusing any atrocities that may have been committed (and there were many) during the course of colonization, but the simple act of establishing a colony does not ipso facto constitute an atrocity, as some would have us believe.

Personally, I don't see much to celebrate in the character of Columbus the man.  But neither do I see any cause to lay the sufferings of the "indigenous peoples" (a term of art in itself) at his feet.
Posted by Tim at 10/11/2010 05:20:00 PM 2 comments: